We can use many words for the year that 2020 has been. But ordinary is not one of them. The Coronavirus Pandemic is forcing everyone to adapt to unusual circumstances, and college recruitment is no different. In-person recruitment and on-campus tours can only be conducted behind a computer screen, making it significantly harder for players to experience a proper recruitment process. Even with everything that 2020 has thrown Pro Holmes Sports’s way, they’ve never lost sight of their mission statement: developing players and preparing them for life as college athletes. To see how well PHS has responded to the global pandemic, look no further than PHS academy Post Graduate forward Sayid Burnside. Burnside, a 6’9″ forward from Greenville, SC, initially saw himself going pro in a different sport.

“I was gonna go to the NFL, on everything,” expressed Burnside, who only picked up a basketball after a freshman year growth spurt gave him an extra four inches. He has since grown to a towering 6’9″, but his transition from running back to the five came with plenty of criticism. “Lot of people said I wasn’t supposed to be here…called me tall for nothing, just bashing me all the time,” who used the hate to “fuel me every night.”

As a tall yet raw prospect, Burnside mainly played center in high school. Where he found it challenging to develop his perimeter game. With basketball nowadays transitioning to a more versatile and positionless play style. Burnside felt the best way to get better was to continue developing his offensive arsenal.Nonetheless, Burnside was “confined to playing the five” in high school and never got the freedom to develop skills.That is until he signed with PHS and met Coach Aaron Holmes for the first time. “I could do things, but I just wouldn’t show it.Coach Holmes helped me get over that hump,” admits Burnside, who credits Holmes for moving him from the center to forward, letting his offensive game grow.

Holmes has also significantly impacted developing player mentality, a sentiment that surely doesn’t only apply to Burnside. “Coach Homes, he’s just a great coach, a great mentor.  “He made us believe in ourselves more,” added Phanor, who also didn’t start playing basketball until his freshman year. With two players still somewhat new to the sport, Holmes quickly developed these kids into college-level athletes.

Aside from a couple of D3 offers, neither prospect got much traffic directly after high school. After joining PHS, they’ve both gotten offers from the likes of SMU and Tulsa, while Burnside has already committed to play at Florida A&M. Though Burnside has yet to visit FAMU’s campus. He learned enough about their values through hour-long Zoom calls to determine what is right for him. While most universities never brought up family. FAMU talked for hours about what family means to Burnside and how important it is to be close to his family. This made the difference in Burnside’s eyes, as he officially committed to FAMU on September 12th.

While apparently nothing has come entirely through this turbulent year. PHS keeps on dominating at maintaining its emphasis on creating kids for the school level. Moreover, no prospect is a sure thing. Some need more time than others. That’s why guys like Phanor and Burnside came to PHS. That’s why they are getting D1 offers just months after graduating high school. “I knew by the way I work and by the competition I play that one day I would sign Division I”. Now, he is the fourth member of the PHS ’21 class to earn a D1 offer. 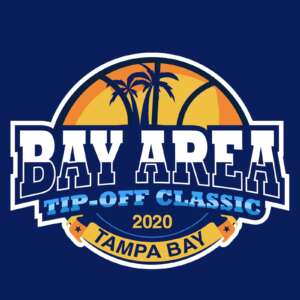