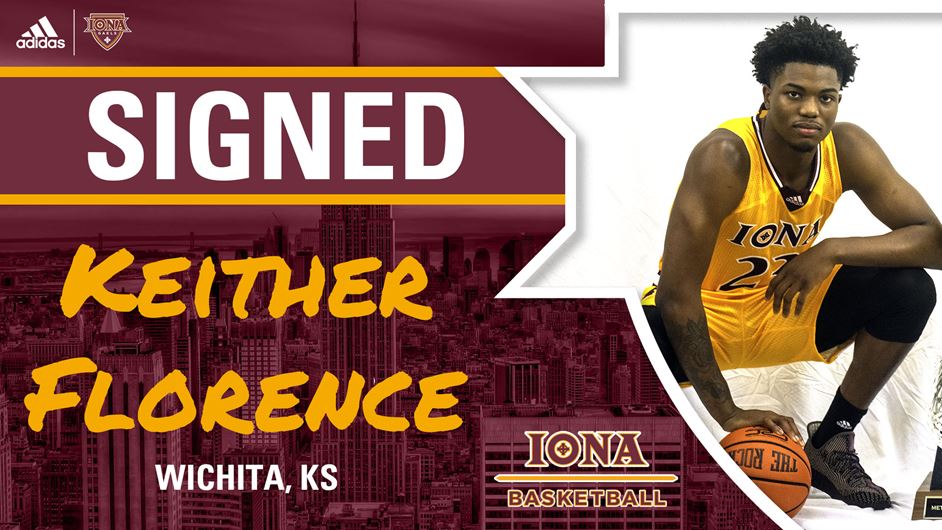 NEW ROCHELLE, NY – Iona College men’s basketball head coach Rick Pitino announced the signing of Keither Florence to a National Letter of Intent to play for the Gaels beginning next season. Florence is a 6-6.5 forward from Wichita, Kansas and is spending his postgraduate season at Pro Holmes Sports Academy in Tampa, Florida.

“With Sadiku and Keither, we are bringing in two players that fill the void for our basketball team next season,” said Rick Pitino. “We needed shooting… Both players have outstanding jump shots with range. We needed improved athleticism… both players are very quick and explosive athletes.”

“Keither is a player that has a great face up game and is an extremely versatile forward who can play multiple positions,” added Coach Pitino. “We’re super excited them as part of our program. The two young men that we have signed early are as good as it gets.”

Florence is a versatile, two-way performer with good length and athleticism along with a high motor. He has shown consistency in his mid- and outside range while also being proficient in the post with a knack for rebounding. Florence stands at 6-6.5 and 210 pounds and can play all three forward positions.

Early in the 2021-22 campaign, Florence has averaged 24 points and 11 rebounds per contest including a 42-point, 12-rebound effort on Halloween. As a senior in 2020-21, Florence spent time at Colorado Prep in Colorado Springs, Colorado and helped guide his team to a 39-12 overall mark. As a junior in 2019-20, he attended Campus High School in Wichita, where he was a Kansas 6A All-State Honorable Mention honoree. Florence’s Campus HS squad finished the season with a 23-0 record but was unable to compete for a state championship due to the COVID-19 pandemic. That season he also set the Kansas state single-season offensive record and was ranked as the No. 1 power forward in Kansas in the Class of 2021 by PrepHoops. 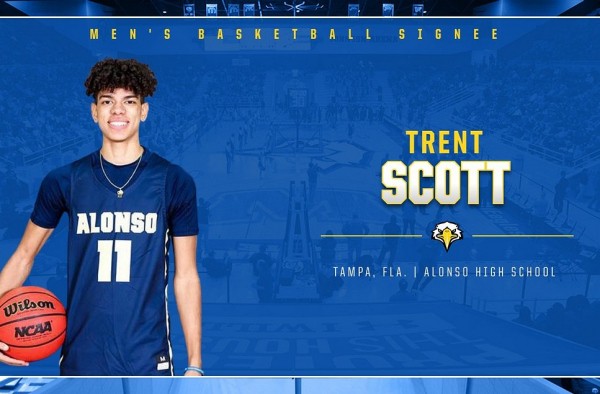